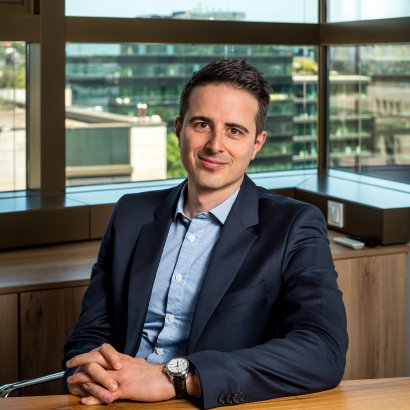 What is case law?

The courts of Anglo-Saxon countries mainly base their decisions on earlier resolutions: given the same set of facts, the lower courts may not draw other conclusions. Thus, a 150-year-old precedent dug up at an opportune moment can reverse the outcome of a case. To this day, one of the cornerstones of English consumer law is the 1932 decision in a lawsuit over a snail found in a bottle of beer.

By contrast, in the continental model, the judge dealing with the case is free to decide within the boundaries of the law. This means that, in principle, he or she is not bound by any previous supreme-court decision in a similar case. This is the principle on which the Hungarian legal system has been based – at least until now.

How is a precedent created?

The Hungarian Supreme Court is already able to issue what are known as ‘legal uniformity resolutions’, which are binding on the lower courts and thus essentially function as statutory regulations. Until now, the Supreme Court has only resorted to this opportunity when it absolutely had to, and the number of legal uniformity decisions passed has been negligible.

However, the act recently passed by Parliament significantly broadens the ‘legislative’ role of the Hungarian Supreme Court. Under the new rule, it will not only be the legal uniformity resolutions that the judges are not able to depart from but they will essentially have to follow the interpretation of the law as expressed in all publicized decisions of the Supreme Court. As a result, tens of thousands of individual Supreme Court decisions that have so far only been published as recommended guidelines, will now become legal precedents.

If, for some reason, a judge in a particular case wishes to depart from these precedents of the Supreme Court, he may still do so, but will have to justify the departure in his ruling. The Supreme Court will keep a watchful eye on these departures: the parties will also be able to challenge the departures in their appeals and, ultimately, submit a ‘legal-uniformity complaint’ about them to the Supreme Court. The legal-uniformity complaint will be decided on by a body headed by the President of the Supreme Court, known as the Legal-Uniformity Complaints Board. If the Board deems that the judge has unjustifiably departed from the published precedent, it will repeal the ruling made in the underlying case and order the court to conduct a new proceeding along with a legal uniformity proceeding.

The introduction of case law is not necessarily a bad idea, and indeed, due to the application of EU law, Hungarian lawyers already have some experience of it. In addition, the new system will create new opportunities, as departures from a precedent will themselves be citable in legal appeals. However, especially in the initial period, many practical difficulties may arise.

Problems related to the searchability of precedents are expected to come to surface with renewed urgency. That is because from now on it will be more important than ever to be able to search effectively among the published rulings. However, the search engine available on the website of the courts is still painfully cumbersome, especially for users accustomed to state-of-the-art search engines.

And let’s not forget that among the thousands of published resolutions, there are some that are bound to contradict each other. Explaining why a seemingly valid precedent does not apply to a specific case will be an exciting yet sometimes frustrating legal task for litigants.

Tags: legal precedents, legal system, litigation
I wish to receive notifications about the latest posts »
Search
Who is this blog addressed to?