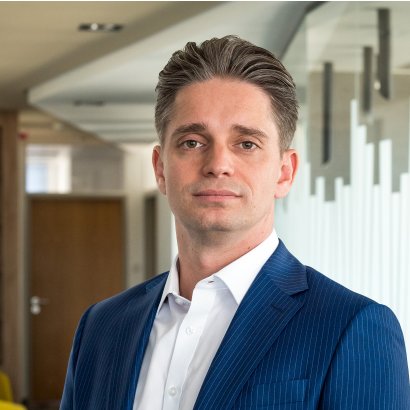 Numerous tax advantages can be gained if someone switches to being subject to the tax laws of another country (i.e. changes his tax residency). Although the country in which a private individual has residence is not a matter of choice, with careful planning of his personal circumstances it is possible to influence where he is taxed. And this affects anyone who takes on work abroad, whether for a short or a longer period.

Nowadays many of our compatriots are trying their luck abroad, and it’s also at least as common for foreign citizens to settle for relatively long periods in Hungary. Everybody has a different attitude to staying abroad: some are already planning their return home as they pack their suitcase, some get homesick later during their stay, while others really do settle in to live their life abroad for the long haul. But all these circumstances can have a major impact on your tax payment obligations: it certainly makes a difference whether somebody’s income is subject to the 45% tax burden of the United Kingdom, the 15% rate applied in Hungary, or the 0% of Dubai.

Where do we pay tax, and why?

Based on the international taxation rules, private individuals should primarily fulfil their tax payment obligations in their place of tax residence, and a person obtains tax residence in the country with which it is deemed to have the strongest links. In order to determine which country one has the strongest links with, the tax treaties have established a four-step testing system in which the important factors, in order of precedence, are permanent home, followed by the ‘centre of vital interests’, then ‘habitual abode’. Finally, in the event of any uncertainty, the countries concerned consult with each other in order to decide which country a private individual is taxable in.

Therefore, although the country in which an individual is resident is not a matter of choice, it can nevertheless be influenced by how it arranges its personal circumstances. For example, if someone works temporarily in Dubai and would like to benefit from the tax exemption over there, it could be enough to completely give up its permanent home in Hungary (and live in a hotel when staying in Hungary). It could also be sufficient to spend more than 183 days in Dubai, unless it can be clearly established that the centre of vital interests is in Hungary. On the other hand, if someone is working in the United Kingdom but doesn’t want to lose the opportunity to pay Hungary’s favourable tax rates, it’s advisable to arrange its life so that the centre of vital interests is clearly in Hungary: leaving the family behind, not showing any intention of settling abroad, not undertaking any political or social functions in the UK, and traveling home regularly at the weekends.

The opportunities for planning residence only work, however, if there is a double-taxation treaty in effect between Hungary and the country in which the individual works. In the absence of a treaty, a citizen will still be classed as a Hungarian resident if he or she lives abroad on a full-time basis, even if he never set foot in Hungary at all. And this can lead to some unpleasant surprises. For example, the United Arab Emirates now has a treaty with Hungary, but this only took effect in 2015 and doesn’t cover income earned before that, so it can be taxed in Hungary even if the Hungarian private individual in question was living full-time in the Emirates at the time.

And what about social insurance payments?

The world would be a simpler place if personal income tax and social insurance contributions went hand-in-hand, and one only had to pay social insurance where it also pays PIT. But this isn’t the case.

Social insurance is primarily payable not where someone has its home (in the EU and Switzerland, at least), but where he works. It’s easy to see how the permanent home and the place of work are not always in the same country – just take, for example, the case of Hungarians who live near the Austrian border but commute to the Austrian side to work. In these cases, someone could easily have to pay personal income tax in Hungary, but social insurance in Austria.

It’s important to bear in mind that if a Hungarian private individual who has moved abroad has social insurance cover in an EU country other than Hungary, then Hungary’s tax authority NAV cannot even charge that person the minimum healthcare contribution of HUF 7,000. Experience shows that NAV will levy this contribution until the private individual de-registers its Hungarian address, or proves the existence of its foreign social insurance cover. It’s better to do that as soon as the individual moves, rather than only realising later when NAV starts taking action to collect several months’ worth of the HUF 7,000 charge.

I’m going abroad, what should I do?

If you’re preparing to work abroad, it’s worth getting your head round the tax implications too. With a bit of careful planning you can make some major savings on tax when moving abroad, as well as avoiding any unnecessary tax and and social security burdens.

Tags: personal income tax, social security, tax planning
I wish to receive notifications about the latest posts »
Search
Who is this blog addressed to?