Time for Heroes or Villains? – New Legislation Brings Rules for Whistleblowing in Hungary 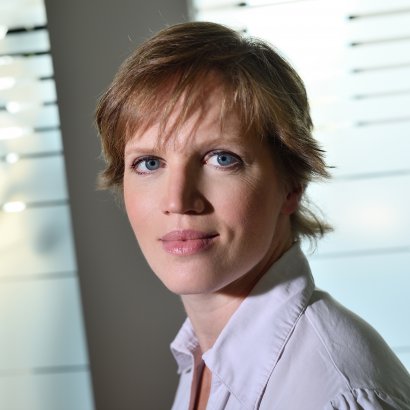 “Whistleblowing”, i.e. the reporting of misconduct occurring in an organisation, has a considerable history in the United States and the United Kingdom. The legislation of these countries has already elaborated the process, how employees can report anomalies discovered at their workplace to their employer.

In the past years many US- or EU-based multinational companies tried to implement their established and well-elaborated compliance systems at their Hungarian subsidiaries. However, the lack of the appropriate legal background often created considerable difficulties. Apart from some data protection regulations, there was practically no legal background, so companies had to operate virtually in a grey zone.

This situation will be eased by the introduction of the new whistleblowing legislation in Hungary, effective from 1 January 2014. Below we wish to summarise the main features of the legislation.

Will it make life easier?

It needs to be borne in mind that the new legislation will not only affect companies introducing their whistleblowing system in 2014, but also applies to those companies which already operate such systems. These companies will need to take a look at their existing practice and policies to ensure that they are in compliance with the new act.

By setting forth the basic rules of whistleblowing the new piece of legislation will certainly bring greater security both to employers and employees. On the other hand companies need to take into account that the new legislation works as a framework only which can be filled up with content by the relevant company, in accordance with its own needs and practices. As an example, the new act refers to the term of “rules of behaviour” leaving it to the employer to define what behaviour it expects from its employees. In the internal policies employers will still be able to define the rules of conduct expected from the employees – obviously within the limitations of the Labour Code.

Non-compliance with laws or with the rules of conduct expected by the employer can be reported to the employer by an employee or by any affected person with a “legitimate interest”. The procedure to be followed by the employer in such case also needs to be established in the internal policies.

The new regulation also aims to prevent an overflow of complaints at the employer. To this end, anonymously made reports do not have to be investigated and can be turned down immediately.

While the new law is an important step towards the establishment of an effective whistleblowing system, its effectiveness will depend on the employers themselves. In order to create an efficient and legally compliant system, the following rules of thumb can be applied:

The rules and the procedures have to be made accessible to the employees. It is also important to determine the ethical rules clearly, in a way comprehensible to all employees. Further, employees will need to be aware of the purpose and operation of the system.

Upon receiving the complaints, the employer cannot avoid managing personal data. There are various restrictions and limitations on the handling of such personal data.

Multinational companies may also aim to forward the complaints to the competent compliance officers within the company group. In such case, however, certain data protection rules need to be adhered to. First, data management has to be reported to the National Authority for Data Protection and Freedom of Information, in advance. Further, if data is transferred outside the European Union, the company will need to comply with some additional conditions.

If a workers’ council is operated at the company, consultation with the council has to be initiated before the whistleblowing system is implemented. It will also enhance the effectiveness of the system if employees can get assurance that reporting misconducts will not result in any type of retaliation.

Reporting misconduct has always been a delicate matter. Many people would rather not blow the whistle in fear of retribution or, quite to the contrary, may think of it as a tool for revenge.
In this respect the new legislation only provides the framework of the system but does not itself ensure the success. The smooth operation of the system and its effectiveness will largely depend on the elaboration of the details of the system in the internal rules as well as on the effective communication of the system with the employees.

Tags: labour law, whistleblowing
I wish to receive notifications about the latest posts »
Search
Who is this blog addressed to?