Are holding companies really out of luck this time? 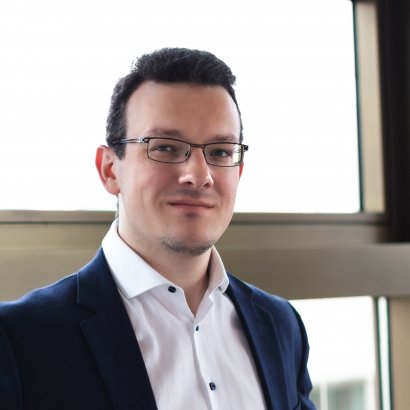 Holding companies and other so-called "letterbox companies", which mainly collect passive income without a real economic presence, have been in the crosshairs of the European Union for quite some time. The draft directive published by the European Commission on 22 December as a kind of Christmas present could complete this process.

It is common in the operation of multinational groups as well as private companies to concentrate company functions that do not require real economic activity. This phenomenon results in holding companies, which exercise ownership and management functions over the subsidiaries of the group. But this category also includes royalty and financing centres, which collect interest and royalty income due to the group from member companies or external parties.

Although these entities have an economic rationale, their creation and place of incorporation are mainly motivated by tax considerations. In addition, the operation of such entities does not require significant infrastructure – they can be managed from a virtual office, by an external manager on an engagement basis. In their heyday these companies often existed in the form of a letterbox only – hence the common name “letterbox company”.

Surprise under the Christmas tree

Pursuant to a draft directive published by the Commission before Christmas, holding companies and other letterbox companies will no longer be entitled to benefit from the favourable tax rules of EU directives and double taxation treaties. This, in turn, will completely undermine the financial conditions for the operation of such companies.

The draft directive uses a combination of positive and negative criteria to define who falls into this category. Thus, all holding and financing companies that derive more than 75% of their income from returns on passive investments (dividends, interest, royalties or rental income from real estate) from abroad and also outsource their operations to external service providers will be considered as letterbox companies. It is, in fact, common practice for such companies to outsource their management functions and basic administrative tasks to external service providers.

There are exceptions to being considered as a letterbox company, even if companies performing this function very rarely fall into these excepted categories. For example, listed companies and companies in the financial sector will not be blacklisted. Companies with at least five full-time employees will also be exempt. An exemption can also be obtained if a company can demonstrate that there is a business rationale and not a tax motivation for the chosen company structure. How this can be proved is expected to be left to the discretion of member states under the directive.

The Commission plans to adopt the draft directive in the first half of 2022 and the directive itself could become applicable in domestic tax legislation from 1 January 2024. Although this may seem to give those concerned plenty of time to prepare, this is not the case. Companies that fulfil the criteria at any time during the two years preceding the entry into force of the directive will also be considered as letterbox companies. In other words, according to the current text, all holding companies that are currently operated by an external service provider will automatically fall under the rules from 2024. There is no guarantee, however, that the directive will eventually be passed by the EU legislature in its current form.

Inside and outside the EU?

By definition, the directive can only regulate relationships within the EU; that is, it only directly affects relationships where both the parent and the subsidiary operate in the EU. Indirectly, however, it will also affect relationships where only one of the parties is an EU entity. The directive, in fact, provides that member states may not issue a certificate of residency to holding companies that are considered as letterbox companies (or may do so only with a specific warning). The question then is whether the non-EU country of the subsidiary will apply the benefits of the tax treaty. And if the non-EU parent company is deemed as a letterbox company, there are already many examples where the tax authority of the country of the EU subsidiary paying the income to the parent refuses to apply the treaty benefits, citing general anti-avoidance principles.

Could we have even fewer taxes than we already do?

This is the seventh year that we’ve been taking stock of the types of taxes in Hungary – and the multi-year trend is decidedly reassuring. The number of taxes has decreased to some extent almost every year. This year we’ve counted 51 types of tax, and at this point one might reasonably ask: is it realistic to expect even fewer taxes?

Taxation of influencers: under the table or above board?

More and more people are earning money online as bloggers, vloggers or influencers. Through social media, you can reach millions with a well-targeted message, and this can result in a substantial income. These incomes are subject to tax – but it’s important to think about how to pay it.