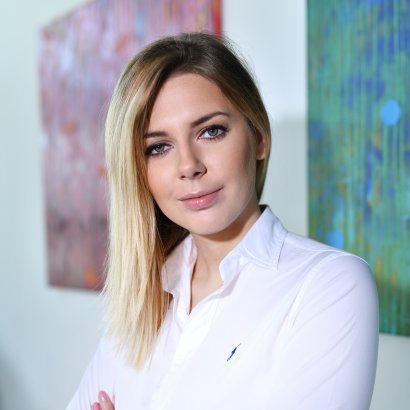 When it comes to instances of compensation, this is not always the case. The European Court of Justice (ECJ) has recently reiterated that compensation for damages or contractual penalties may also qualify as consideration for a service for the purposes of VAT. This is important because consideration (i.e. the price of a service) is subject to VAT, whereas compensation is not. This could affect so-called loyalty periods or other fixed-term services in particular.

In terms of VAT, it makes a difference whether something is regarded as consideration or compensation for damages. The former is subject to VAT but the latter is not. Often, however, it is difficult to decide what constitutes compensation for VAT purposes – and this carries a serious risk on both the seller and the buyer side. If something is mistakenly treated as compensation, the tax authority (NAV) could claim the unpaid VAT from the seller. Whereas, if the item is mistakenly treated as being subject to VAT, it could refuse to accept a VAT deduction on the part of the buyer.

Whether something constitutes compensation or consideration depends only partly on the provisions of civil law. The ECJ has provided an interpretation for this that is independent of the Member States’ own regulations. In the reading of the ECJ, the question is always whether there is a direct relationship between the object of the transaction (the product or service) and the given financial benefit. If such a relationship exists, we are talking about consideration, not compensation. Yet in its recent decisions, the ECJ has interpreted the existence of a direct relationship in a rather broad way, to the extent that it regards as consideration amounts that you would normally think of as compensation.

Lease fees falling due in the event of non-payment

In a recent case of Bulgarian origin (C-242/18), the parties signed a lease contract. Based on this, upon a default of payment, the lessor could terminate the contract before the end of the term and could claim compensation equal to the sum of the lease fees that would otherwise be due up to the end of the term. As the lessee failed to pay the fees, the lessor exercised this contractual right by terminating the contract and demanding compensation. In connection with this, the lessor also requested a refund of the VAT previously paid in a lump sum. However, the Bulgarian tax authority was not willing to make the repayment.

In the view of the ECJ, what is key is that the contractual clause on compensation allows the lessor to receive the same income as it would have received had it not been for the termination. In other words, the amounts claimed from the lessee by the lessor are still paid by the lessee ostensibly for the purpose of its using the service. According to the ECJ, it is irrelevant that the lessee is not, through its own fault, entitled to do so, nor whether or not it was able to use the object of the lease from the date of the termination. The lessor had, after all, made it possible for the lessee to avail itself of the services provided under the contract. Thus, there is a legal relationship whereby mutual services are transferred; in other words, there is a direct link between the “compensation” payable and the leasing service, so it cannot be classified as compensation for the purposes of VAT.

Perhaps it’s easier to understand the reasoning of the ECJ from its judgment (C-295/17) in which it classifies as consideration the monthly fees payable on termination under a contract terminated before the end of the loyalty period. In this case, a Portuguese telecoms provider stipulated a compensation claim for the event that it has to terminate the contract due to the fault of the customer. At that point, the monthly fees remaining from the loyalty period would immediately become due. Here too, according to the Court, a direct link can be established between the service and the amount received as compensation. The main reason for this is that it allows the service provider to receive the same revenue as it would have received if the customer had not terminated the contract before the end of the term; in other words, the economic substance of the transaction does not change simply because of the termination. The fact that the customer cannot use the service due its own fault does not, in itself, alter the true economic content of the legal relationship between the service provider and its customers. The ECJ believes that the purpose of the clause - being to discourage customers from terminating the contract before their loyalty period expires - is also irrelevant, as the amount, according to its true economic content, is intended to ensure that the service provider receives the income corresponding to the monthly fees due through the contractual loyalty period.

It may also be illustrative to point out what the ECJ did not consider to be consideration. In an earlier case (C-277/05), the Court had to pass judgment on the deposit payable by a hotel guest. This was lost by the guest if he/she booked the room but failed to show up, that is – to use technical language – he/she rescinded the contract. The question that arises here is whether this is a fixed charge paid as compensation, which is not subject to VAT, or if it is a consideration, subject to VAT, for a special “booking” service which the hotel receives for reserving the room for the guest.

According to the ECJ, what is key here is that the hotel is obliged to reserve the room even if the guest does not pay a deposit, as this is always its basic contractual obligation. In addition, the guest is required to (definitively) pay the deposit even if he/she does not use the service and unilaterally terminates the contract. As a result, there is no individual service provided by the hotel for which the deposit is a consideration – so, for VAT purposes, it is considered to be a compensation.

The lesson to be learned from the practice of the ECJ is that, even in seemingly clear-cut cases, it is worth assessing separately, for VAT purposes as well, whether what we deem to be compensation in a civil law sense is also classed as such from a VAT perspective. This can help avoid possible VAT risk on either the seller or the buyer side.

Tags: compensation, EU, VAT
I wish to receive notifications about the latest posts »
Search
Who is this blog addressed to?