A room with a view – or without? 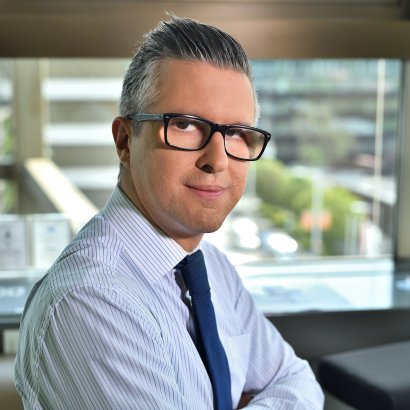 There are many factors to be considered when determining the value of a property. Among many other things, features such as the view from the property or the natural light that enters the interior cannot be left out of account. It’s clear, then, that the sunset at Lake Balaton from our window adds a lot to the property, but it’s often unclear what we need to focus on before and during the building stage if we’re to avoid attracting the ire of our neighbours later on.

What does a “right to a view” mean?

We shouldn’t be surprised that Hungarian law makes no mention of “the right to a view” at all, as this concept has only emerged and taken shape based on the practice of the courts over more recent decades.

The right to a view is based on a very general provision of the law. According to the Civil Code, the owner is obliged, during the use of the property, to refrain from any conduct that would unnecessarily disturb the neighbours or endanger the exercise of their lawful rights. However, the provision itself has left the demarcation of the boundaries of “disturbance” and “endangerment” to the courts.

The owner of a property thus has the right to enjoy a view from the property and to prevent his neighbours from peeking into the closed parts of his property. It’s important that besides the benefits there are also limitations: the property may not compromise the view from the neighbouring properties, it must not allow the owner to see into his neighbours’ properties, and it must not block natural light to the neighbours’ properties. For example, a developer cannot build in a way that, instead of their view of the city, all that the neighbours can see when the build work is complete is a firewall.

The cases that arise in practice are, of course, far more nuanced than this. Not only can legal classification cause difficulty but quantifying the harm can also be tricky. The means of resolving the latter problem in recent years has mainly been to seek the opinions of property valuers or agents, who have helped to determine the market value of the properties or any loss in value that may have occurred as a result of the newbuild project.

Hey, I’ve got planning permission, so what could go wrong?

Perhaps the worst thing about the right to a view is its deceptive, somewhat insidious nature: many property developers don’t give it any thought in advance, but only after the problem has occurred. This is partly understandable, as it’s perfectly logical to think that if the investor has valid planning permission in place, it’s perfectly “safe” to go ahead with the project: construction carried out in accordance with the building permit is, by definition, compliant with the law, right? And the authority has signed off on it – and here’s the stamp to prove it...

However, the courts don’t always see it that way: construction in accordance with the building permit does not exclude the builder’s liability for damages. Regardless of whether the construction was lawful, the builder must pay compensation to the neighbours if the new building deprives them of their view or stops sunlight from getting into their flats.

But before anyone throws up their hands in despair and suggests this is all just legal Russian roulette, let’s be very clear: the risk of damages can be reduced right from the start, at the planning stage. It’s important that from the outset, the investor carefully consider the characteristics of the buildings in the local area and the environment of the new property. It’s worth assessing whether there’s actually a view to speak of at all near the new building or whether it’s a densely built-up area, whether the construction will, in fact, unnecessarily disturb the neighbours, and whether some redesign work at the planning stage could significantly reduce such disturbance.

The necessity of proving the disturbance was unnecessary

Even if a thorough assessment of that of the new property was not conducted at the planning stage, it’s by no means definite you need to start worrying: a complaint lodged later citing a violation of neighbours’ rights does not automatically mean the courts will rule against you. There is a heavy burden of proof on the neighbour who makes the claim for damages, as he has to prove in court that the value of his property has decreased as a result of the unnecessary disturbance caused by the new building.

So a key question in any dispute surrounding the right to a view is whether the developer has violated the prohibition on unnecessary disturbance. Since you cannot objectively measure from where exactly the disturbance may be deemed “unnecessary”, the answer tends to vary from case to case. One thing that the rulings of the courts are consistent on, however, is that is if the developer designed a building of a size and height that is congruous with other buildings in the area and does not differ significantly from the townscape, unnecessary disturbance cannot be established. The investor is therefore not obliged to put the interests of the neighbour before his own: it is sufficient to choose an approach to and design for the construction that takes into account the local characteristics of the built environment and does not cause significant disadvantage to the neighbours.

Two weeks ago, almost on the sly, a legislative amendment was adopted that could solve one of the “hit problems” of the real estate market: the complicated process of selling parking spaces in a condominium building. The changes came into force on 2 May, so it is now up to market players to put the new provisions into practice.

PRIVATE INVESTIGATORS AND POLYGRAPHS IN BUSINESS

Some of the more exotic means of evidence that we typically think can only exist in movies or in serious criminal cases can also be surprisingly useful in business. In everyday life, too, you can prevent serious inconvenience by hiring a private investigator in time, or even by a well-directed lie detector test. Zsolt Bodnár and Dr. Béla Balla of Hori-Zone Security helped us to get to the bottom of the subject.