Ban from management – when the superweapon backfires 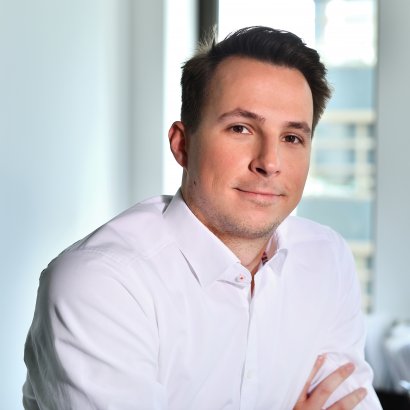 “The tax number of one of my companies was deleted due to some blunder, but we corrected it” – so begins a widely-known and innocent story that could happen to anyone. Then we realise in terror that due to this “blunder”, the Court of Registration refuses to register our company, or that the tax authority wants to delete the tax number of one of our existing companies. Could this have been avoided? What can be done?

A significant portion of the tax consultants consider tax registration as a superweapon against tax fraud. Its purpose is to ensure that those who committed some kind of dubious act in the past — for example, let a company dissolve with tax debts — cannot hold executive positions for a while. Numerous examples show, however, that, many people fall victim to it even though they could not be farther from committing tax fraud.

How did we miss this?

The company did not display a company sign at its registered office, and it neglected to remedy this despite a warning from the tax authority. Or the annual accounts are not adopted due to a conflict between the owners, and as a result, the company fails to comply with several deadlines with regard to fulfilling its obligation to publish the data, despite the authority’s notice. These are just some of the everyday cases in which the tax authority is entitled to delete the company’s tax number. And the deletion of the company’s tax number “stigmatises” the manager and owners of the company concerned – after that, they do not have the right to be involved in any company as senior officers or majority owners for five years.

Moreover, if the tax number of a company is deleted via a final and binding decision, the tax authority does not warn the managers and the owners regarding the danger of the ban before or even after the deletion. The persons concerned usually only realise the problem when, instead of the notification that their newly-founded company has been registered, they receive a decision from the tax authority, saying that an issue was found during the tax registration procedure, and hence the new company cannot be assigned a tax number.

Having regard to this, it should borne in mind that anyone can request a certificate from the tax authority that he or she is not subject to any ban that would prevent tax registration. And in the case of a joint investment, it may be justified to require our partner to request such certificate too.

What can be done in this situation?

Since the fact that prevents registration arose in an earlier proceeding, that may have been finally closed years ago, by the time we get to the tax registration procedure at issue, the situation may have become irremediable. Years after the fact, it is useless to claim that we were actually not responsible for the late submission of the accounts.

In certain cases, the banned person may apply for an exemption, but these are very rarely granted. For example, we can be exempted if the tax debt due to which the ban was imposed does not exist anymore, or the taxpayer settles it. We have to realise, however, that this excuse does not apply to companies that have already been dissolved, since the tax debt of a ceased company cannot be settled.

If there is no other solution, the parties could, due to the ban, carry out their activity in another corporate form, not the one previously planned. The consequences of the ban could for example be avoided through a trust or a limited partnership. This, however, often makes corporate operation – otherwise planned to be simple – rather complex.

Grabbing the problem at the roots

The only really effective solution is if we act in time and do not let ourselves be blacklisted. This means that if the tax authority threatens us with deleting our company’s tax number for any reason, or if our tax debt exceeding 5 million forints has been unsettled for a significant time, we have to act. But even then, our choice of tools is still important.

One common misconception is that the restoration of the tax number solves everything. Actually, even if we succeed in bringing the company back from involuntary liquidation after the final and binding deletion of the company’s tax number, the owners and executive officers will still remain banned. Because of this, it is important to act before the decision on deletion becomes final.

It could also lead to unpleasant surprises if it turns out that despite the irrecoverability of our company’s tax debt, the tax authority still keeps it on record. Because of this, it is practical to request an extract of our tax account and have the tax debt deleted from it via a separate request if the tax authority failed to do so on its own account.