The coronavirus is about to change the country of tax payment 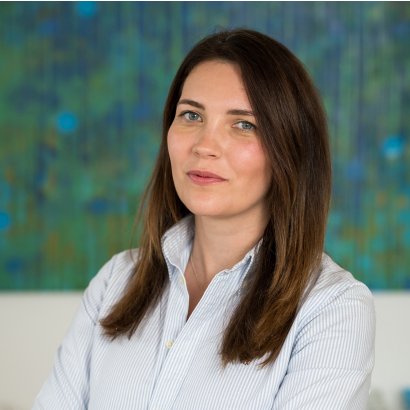 We already know that Covid is changing the way we live and work. We’re keeping away from each other, we’re traveling less, we’re talking to each through video calls, and we’re working at home. But most of us haven’t thought about how these changes may affect the country our company pays taxes in.

Do I pay tax where the company’s registered?

It’s generally taken for granted that a company has to pay tax in the country that it is registered in, and that it is primarily subject to tax in that country. So if we set up a company, say, in the Netherlands, it follows from the above that the company will be taxed in the Netherlands. But this isn’t necessarily the case.

The country of registration (or to use a more technical term, its country of residence) is only one of several possible answers to the question of where a company will pay tax. The company is said to be resident for tax purposes in the country where the effective management of its business takes place.

Where the place of effective management is, will depend on several factors, including where the company’s most senior body meets, where the management decisions are made, what the residence (for tax purposes) of the company’s managing executives is, and where they perform their duties related to the firm’s day-to-day management. For this reason, determining the place of effective management in a complex world that is in constant motion is extremely difficult, as company managers now routinely fly across continents, conducting their activities in one country today and in another tomorrow. So, even if most of the managers of a Dutch company are Hungarian individuals, one can argue that the management decisions aren’t made in Hungary.

The world, however, has changed radically in the last 12 months. Decision-makers sit in their own homes or local offices and primarily consult with each other by video and make their decisions this way as well. This, in turn, has important implications for the company’s residence and on where it is liable to pay tax. Thus, for example, if a Dutch company has two Hungarian directors in addition to a local (Dutch) director, it’s currently difficult to deny that the place of effective management is Hungary. And this has the unexpected consequence that the company must pay its taxes in Hungary.

Do I pay tax where I conduct my activities?

Although a company is taxed primarily in the country of residence, in some cases it may also be taxed in the country in which it conducts its activity. In this case, double taxation agreements ensure that the company does not have to pay tax in both countries.

Such a tax liability arises, for example, if a company maintains an office in the country in which it conducts its activity. The office is referred (to use the technical, tax-related term) as a “permanent establishment”, and the company is taxed in that country on the profits attributable to that establishment.

However, an amendment to the law that’s in effect from this year – combined with the Covid situation –brings about a change regarding the country where the company’s activity is deemed to be conducted, due to the fact that we’re now working from home. What happens, for example, if a German or Argentine company employs a teleworker in Hungary, which is by no means a hypothetical case in the current situation? Does this mean that the German or Argentine company conducts its activities in Hungary and that it therefore has a tax liability here too?

From this year the answer could be “yes”. Although the foreign company does not maintain an office in Hungary, according to a provision of the Corporate Tax Act valid from 1 January, it is be deemed to have a permanent establishment in Hungary if it provides services through a person residing in Hungary and if the duration of the service exceeds 183 days within a 12-month period. In other words, the foreign company also becomes taxable in Hungary through an employee working at a “home office” in Hungary. It’s important to know that our double-taxation treaties usually still override this rule, so a German company employing a Hungarian still does not have a tax liability in Hungary, but an Argentine company, for example, does – given that no double-taxation agreement exists between Hungary and Argentina.

Is this all just theory?

Should these tax liabilities be considered as essentially theoretical, or should we be worried about them? A few years ago, there was indeed only a theoretical risk that a foreign company would be found to be resident in Hungary for tax purposes or to have a permanent establishment here in Hungary. The tax authority did not make any findings to this effect in such cases. One of the main reasons for this was that the authorities did not have information on which to make decisions of this sort about the operations of a company.

However, this situation is changing in tandem with the gradual expansion in the cross-border exchange of information. The effects of this can already be seen in the procedures (and findings) of the tax authority (NAV). So, the Hungarian manager of a foreign company or one of its employees working in his or her “home office” should not be surprised if NAV comes knocking at their door to determine a Hungarian tax liability at the company they work for!