Under threat of insolvency? The changing responsibilities of the CEO 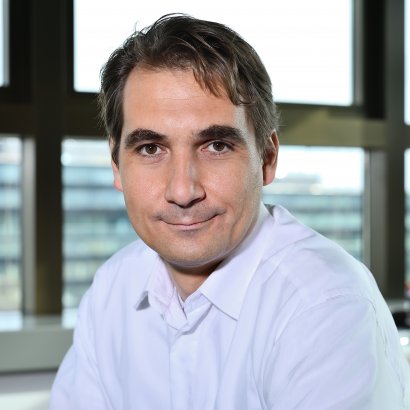 The impending economic crisis is expected to upset the financial position of many businesses. At these companies, the responsibilities of the company manager will also change: in a near-bankruptcy situation, the manager is obliged to take into account not only the interests of the company but those of the creditors as well. But what is simple on paper is not so straightforward in practice.

However, as soon as the company finds itself under threat of insolvency, the responsibilities of the chief executive officer change. From then on, the interests of not only the company but also those of the creditors must be taken into account when making decisions. If the company manager does not act accordingly, creditors whose claims have not been satisfied in the event of liquidation may seek compensation directly from the company manager. This obviously requires a different kind of thinking from the manager of a company in such a situation.

Is my company under threat of insolvency?

If a firm is under threat of insolvency, this means that the management can foresee that the company will not be able to satisfy the claims outstanding against it.

It is often difficult to decide whether a company is under threat of insolvency even during the normal course of business. And this is especially true in the current situation. The business situation is changing from hour to hour, and it is often impossible to know even a few business days in advance whether a particular customer will be able to fulfil its contractual obligations. It is also impossible to foresee when a government-mandated restriction will come into force that will make the operation of the company impossible. Well-functioning supply chains can break down overnight, or demand for the company’s products can fall drastically. There are few market participants who can plan ahead for several months in such a situation and can accurately foresee their company’s liquidity position.

Therefore, deciding whether you are under threat of insolvency is a more difficult and complex task than usual, requiring extensive knowledge of the business environment and in-depth analysis of the information obtained.

And what should I do if my company comes under threat of insolvency?

In such a situation, the manager will be acting prudently if he does not take unreasonable business risks in relation to the company’s financial position, and at the same time, takes all measures needed to avoid or reduce creditor losses.

But what constitutes undue risk? Is it worth continuing production at all if there is a risk that our products will not be sold? Should we rather lay off our employees and try to minimise our losses? Should we start a marketing campaign, or try to find new markets, even if this involves additional costs?

It is generally difficult to make such decisions, and this is particularly true in these times of uncertainty. It is a general principle for a company manager to make a decision that is consistent with the requirements of sound management. It is also important to document and explain your decisions. Even if a decision may be considered unreasonable later on, appropriate documentation may show that the action was rational on the basis of the information available at the time.

In a situation when the company is under threat of insolvency, the company manager has, among other things, the opportunity and the duty to convene the company’s supreme body and to initiate an injection of capital needed to maintain its operations. It may also be a solution if the company manager requests bankruptcy protection, which can temporarily provide the company with respite in terms of making its payments.

Does responsibility only apply if I am a senior executive?

While it is primarily the chief executive who has the opportunity to take action on behalf of the company, the range of persons involved is much wider. Thus, the so-called shadow managers, who, although not senior executives, have a decisive influence on the company’s decision-making, may also have responsibilities to creditors. This includes, but is not limited to, company owners, especially the majority owner. While this does not mean that the owner has to reach into his or her pocket and provide fresh capital when the company is under threat of insolvency, it does mean that the owner cannot adopt a general-meeting resolution or approve a management decision that would put owner interests before creditor interests in such a situation.

Tags: corporate governance, COVID-19, insolvency, liability
I wish to receive notifications about the latest posts »
Search
Who is this blog addressed to?